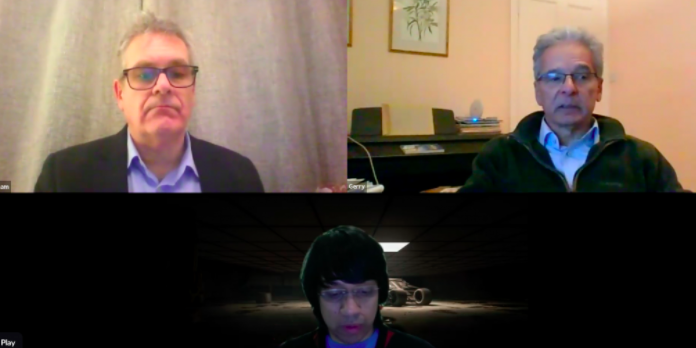 Professor Gerry Rayman led a recent webinar about the benefits the GIRFT report has on helping to improve inpatient care and avoid variation of care.

The session was the first of six free, independently produced webinars which take place every Wednesday and are being led by a panel of experts from the diabetes multi-disciplinary team.

Professor Partha Kar OBE, Consultant Endocrinologist and Clinical Lead GIRFT Diabetes, opened the event where he explained the importance of GIRFT, who it is for and why it was launched.

Referring to diabetic footcare he said: “Everyone should be screened. Everyone with diabetes should have their feet looked at on admission. So many of us have seen patients who come in on a Friday night ill, with sepsis, they’re put on antibiotics.

“Monday morning, the diabetes team is called in to see the patient because their blood sugars are out of range and no one’s looked at their feet. But when the diabetes team assess, the patient’s feet are just a disaster. It’s far too late and it leads to an amputation.

“If it had been picked up on the Friday when the patient was admitted and their feet had been feet examined the amputation could have been prevented.”

Graham Bowen, clinical lead for podiatry at Solent NHS Trust, who also participated in the online event, said: “Certainly form the GIRFT report it has highlighted where there’s that variation of care and there’s an opportunity here I think to really support, drive and prevent that variation from happening.”

He also spoke of the benefits of being an Independent Prescriber for podiatry, a role he has been carrying out since 2013.

He said: “We can action within the community very quickly using good, aggressive antibiotics therapy, we can support the diabetes MDT foot clinics prescribing and it just increases our knowledge and our awareness around the complex nature of these patients.

“It’s having that passion and that drive and that real interest. I’m very fortunate where I work as I have a really passionate vascular surgeon, but it’s the time that we need to invest in these clinics. There’s not that much commitment to invest or develop them and we are really under-resourced for the actual demand that’s coming in. We haven’t got enough capacity to see everybody so we have to triage people and that’s the variation across the country.”

He identified some of the key areas that he thinks need looking at which he said are screening, getting the patient into the right pathway at the right time, escalating people into secondary care and education.

“It’s really that ongoing message to say how important the foot is to a patient with diabetes and that they must act as soon as there is any change.”

Footcare within diabetes is a major issue, as it leads to more than 8,500 leg, toe, or foot amputations every year. Figures show that from 2014 to 2015, healthcare-related foot ulceration and amputations for people living with diabetes was estimated to cost £1 billion in England. 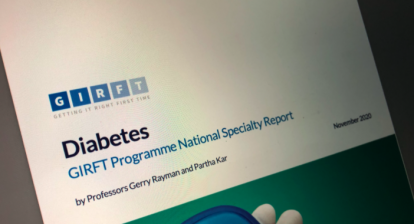 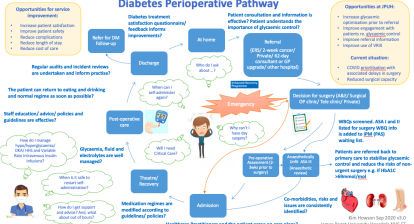